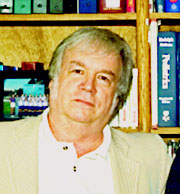 James H. Fetzer, Distinguished McKnight University Professor at the University of Minnesota, was born in Pasadena, California, on December 6, 1940. At graduation from South Pasadena High School in 1958, he was presented the Carver Award. He was magna cum laude in philosophy at Princeton University in 1962, where his senior thesis won the Dickinson Prize. After being commissioned a 2nd Lt. in the Marine Corps, he became an artillery officer and se rved in the Far East. After a tour supervising recruit training in San Diego, he resigned his commission as a Captain to begin graduate work in the history and philosophy of science at Indiana University in 1966. He completed his Ph.D. in 1970. His fir st faculty appointment was at the University of Kentucky, where he received the first Distinguished Teaching Award presented by the Student Government to 1 of 135 assistant professors. Since 1977, he has taught at a wide range of institutions of higher l earning, including the Universities of Virginia, Cincinnati, North Carolina at Chapel Hill, New College of the University of South Florida, and now the Duluth campus of the University of Minnesota, where he has been since 1987. His honors include a resea rch fellowship from the National Science Foundation and the Medal of the University of Helsinki. He has published more than 100 articles and reviews and 20 books in the philosophy of science, the theory of knowledge, and the theoretical foundations of co mputer science, artificial intelligence, and cognitive science. He is the editor of Assassination Science: Experts Speak Out on the Death of JFK, which is available from Open Court of Chicago.